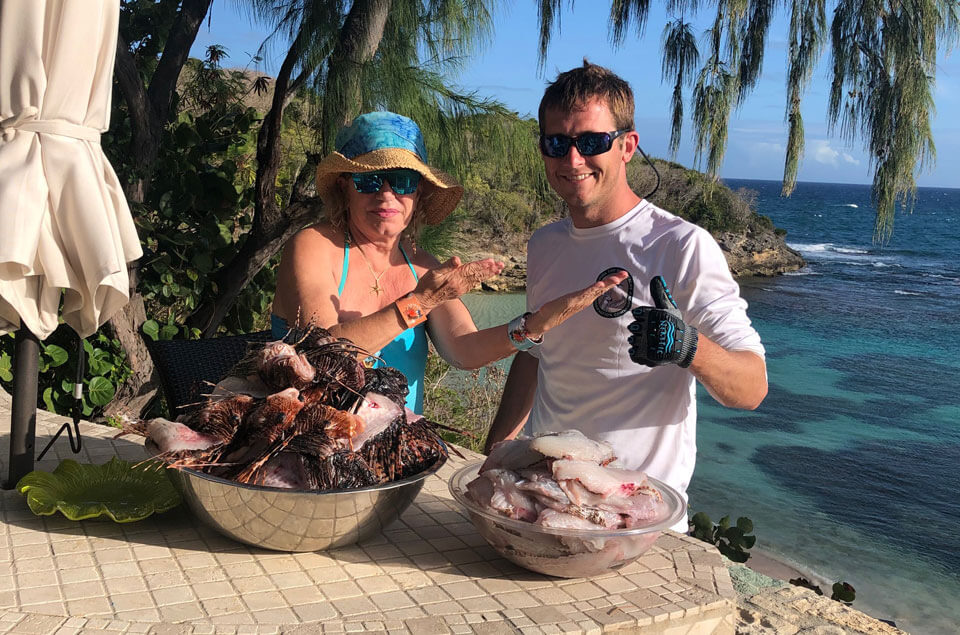 Your favorite quotes:  This is not a dress rehearsal.

Addicted to living; the glass half full not half empty.

Happy are those who dream dreams … and ready to pay the price tome them come true.

Mission statement: My quest is to do all possible to aid in the protection of the marine environment  in the waters of my adopted beloved home island home, Antigua West Indies. I am involved in many such causes there including lionfish hunting, dolphin and marine mammal protection, sea turtle projects and I hope to spear head a coral restoration effort on some lionfish key reefs around the island.
See antigualionfish.com for more on the Lionfish Derby.

Your latest endeavors and where they take place: We are planning a major International Lionfish Derby for the Island of  Antigua, which was to take place this past June 2020 in conjunction with The Lionfish University and the Antigua Ministry of Tourism. The Coronavirus canceled the event and we are hoping to host it now in June 2021. 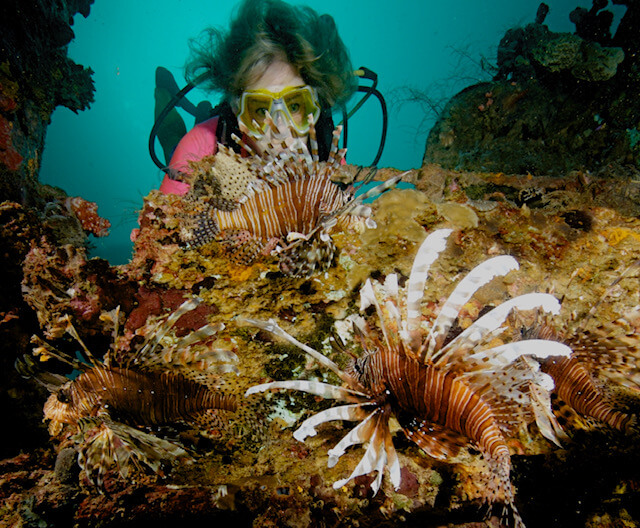 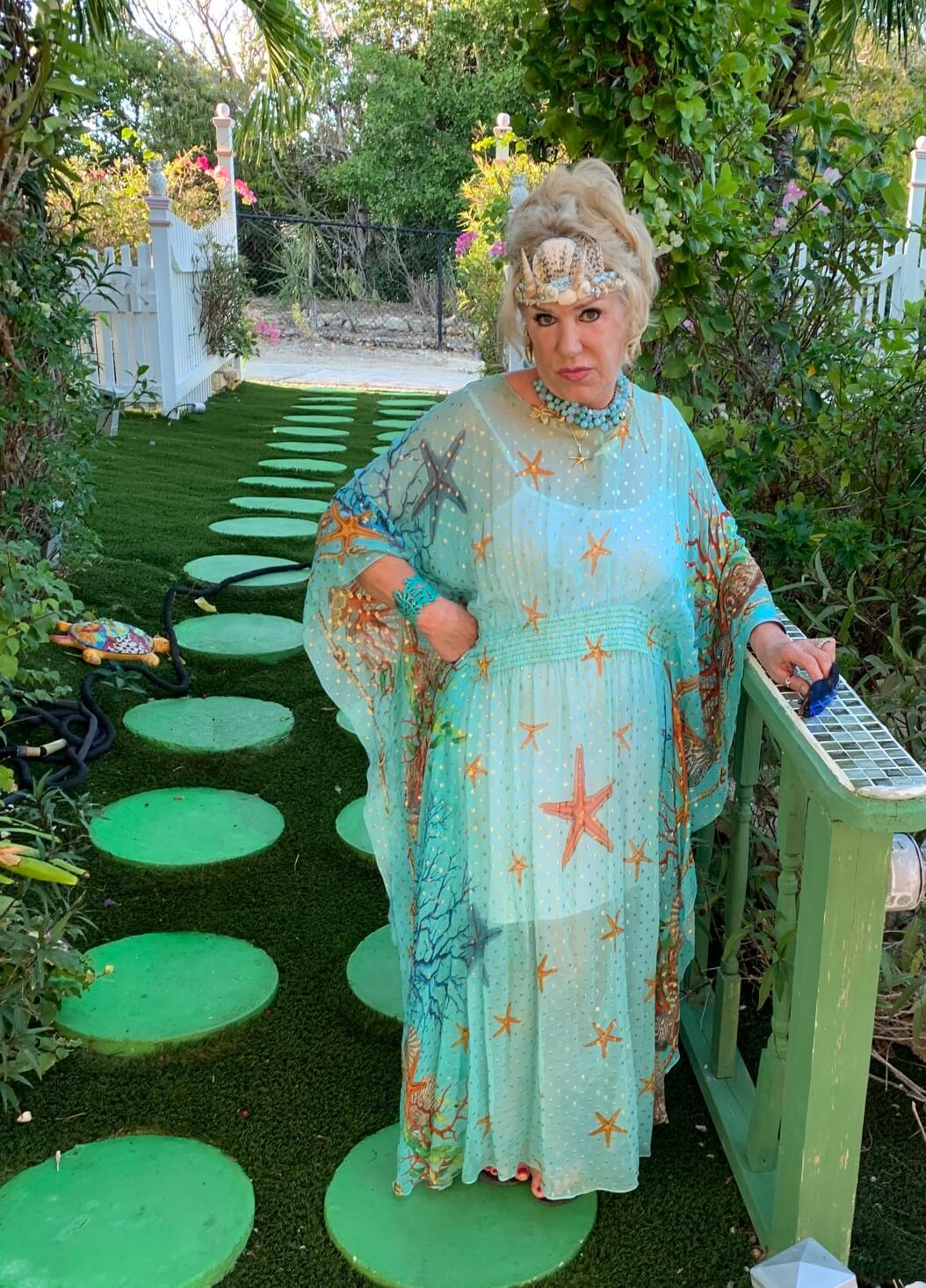 What efforts are you most proud of? I am an avid environmentalist and have been involved in many marine related causes and efforts mainly related to captive dolphins as my island, Antigua had an inferior “dolphin prison” as I dub them (swim with dolphin programs) that operated for 4 years and was closed down. I was the Executive Director for this documentary telling the story of this sad saga. Watch below:

Anything else you’d like us to know? Martha Watkins Gilkes has been a leader in the diving community for over 30 years, since 1985. She has been involved in and has supported many different sectors of the diving industry including dive resort and retail operation, dive training and education, writing and photojournalism, historic shipwreck exploration and marine conservation.

Martha received her BS degree in Science from Mississippi State University and a Masters of Agriculture (MA) from Mississippi State University, Starkville, Mississippi. She became a diving instructor in 1979 and for the last 20 years has been based in Antigua.  She has been an outspoken force for conservation in the governments of the Eastern Caribbean nations.  She established herself as a leading diver/explorer of the Eastern Caribbean, having explored and documented shipwrecks on 14 Caribbean Islands as well as other shipwrecks worldwide.

Martha has published numerous articles and photographs and is the author of DIVING GUIDE TO THE EASTERN CARIBBEAN and SHIPWRECKS OF THE CARIBBEAN, both published by MacMillian.

From 1984 to 1994, Martha served as President of The Barbados based Eastern Caribbean Safe Diving Association.  She is currently a Member of the Historical Diving Society, the American Society of Media Photographers, the Explorers Club. She has been awarded the Platinum Pro 5000 Hour Diver Award.  She is a member and a past President of the Women Divers Hall of Fame and presently servers as the Fund Raising Chair.

Martha has worked for 15 years in marine conservation. She is a major player in local, regional and international conferences on dolphin and whale exploitation. Having dived with wild dolphins worldwide she developed an aversion to dolphins in captivity and became very involved in issue when  her home base of Antigua opened such a facility in  2001  which was forced to close down after a series of  traumatic events. She is the Executive Director of the HAMA produced documentary DOLPHIN DILEMMA, The Antigua Story released in May 2018.  It is the story of the events that lead to the closure of the  dolphin facility in 2004. Having met with great success on the launching the production team has secured funding to begin a sequel, DOLPHIN DILEMMA, The Caribbean Story. Martha was most recently appointed as OCEAN AMBASSADOR for LionFish University in California. 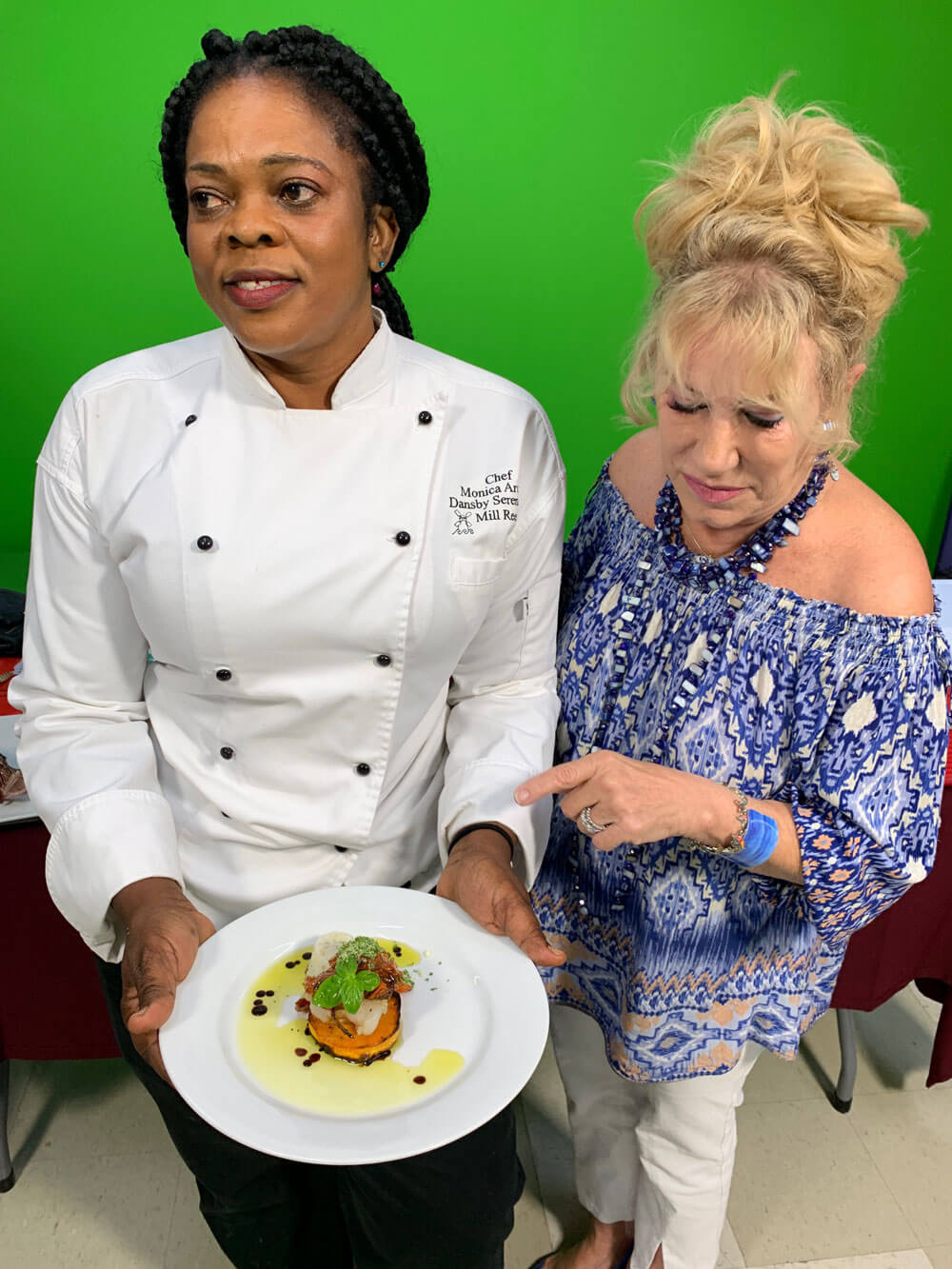 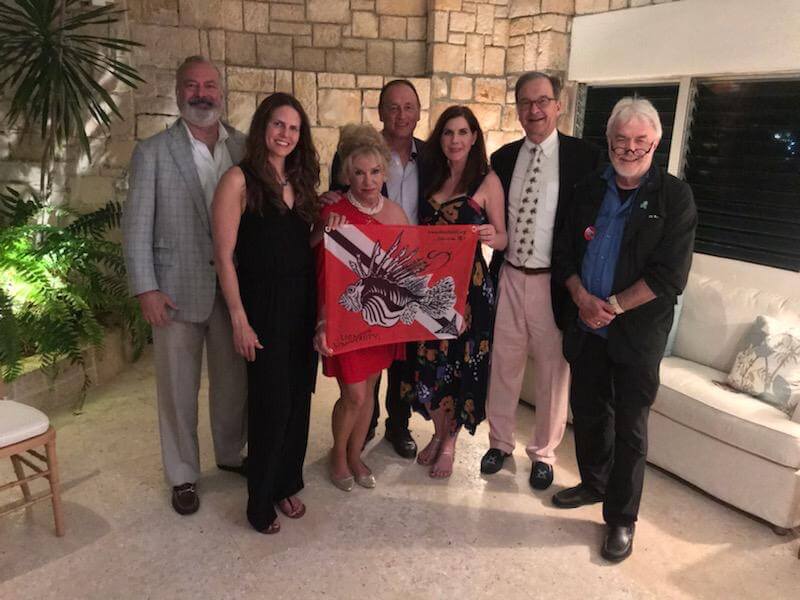 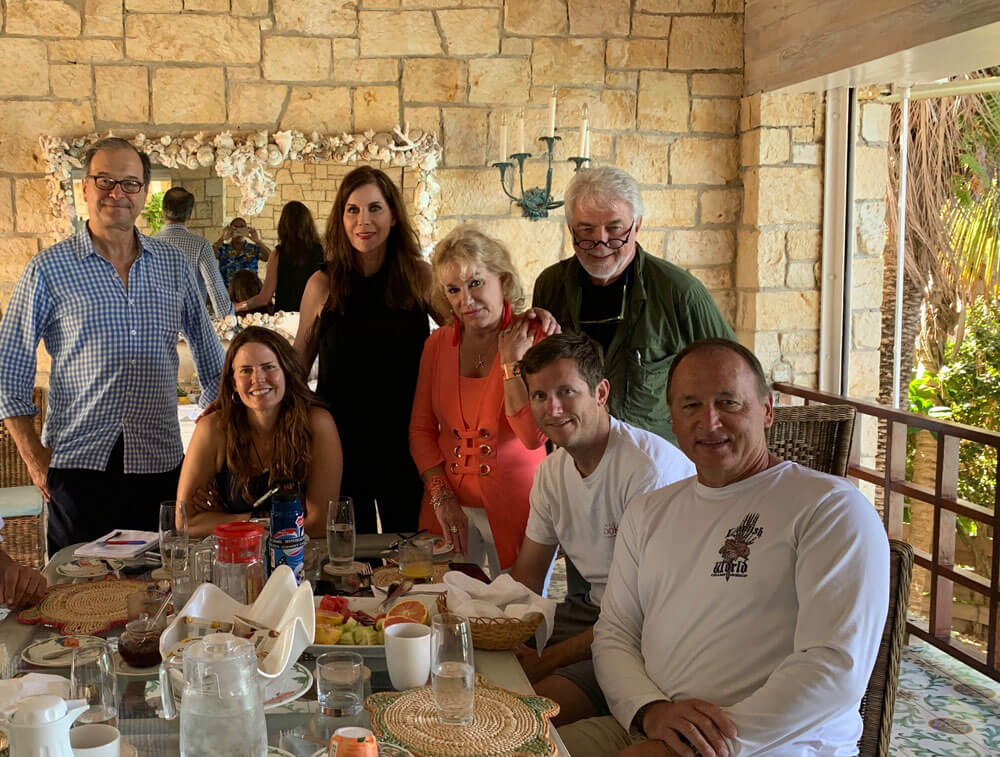 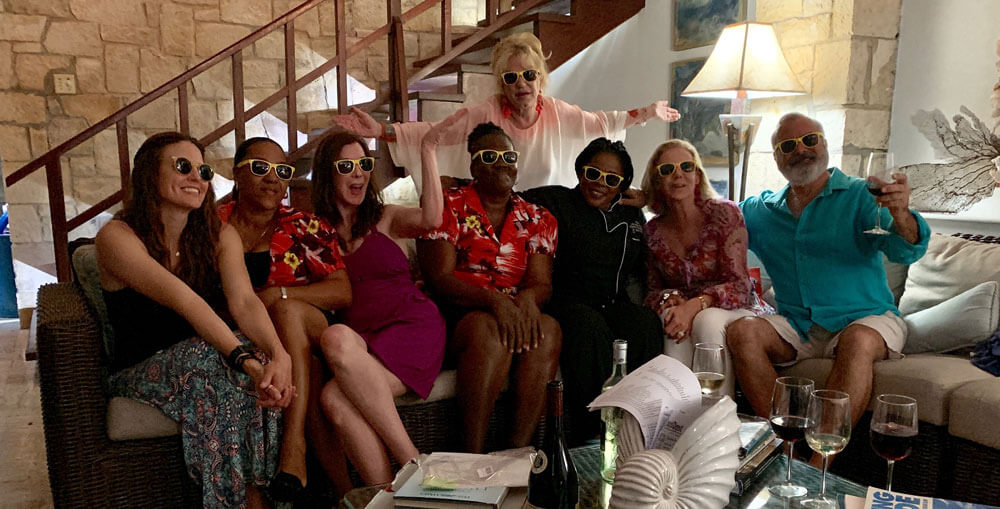 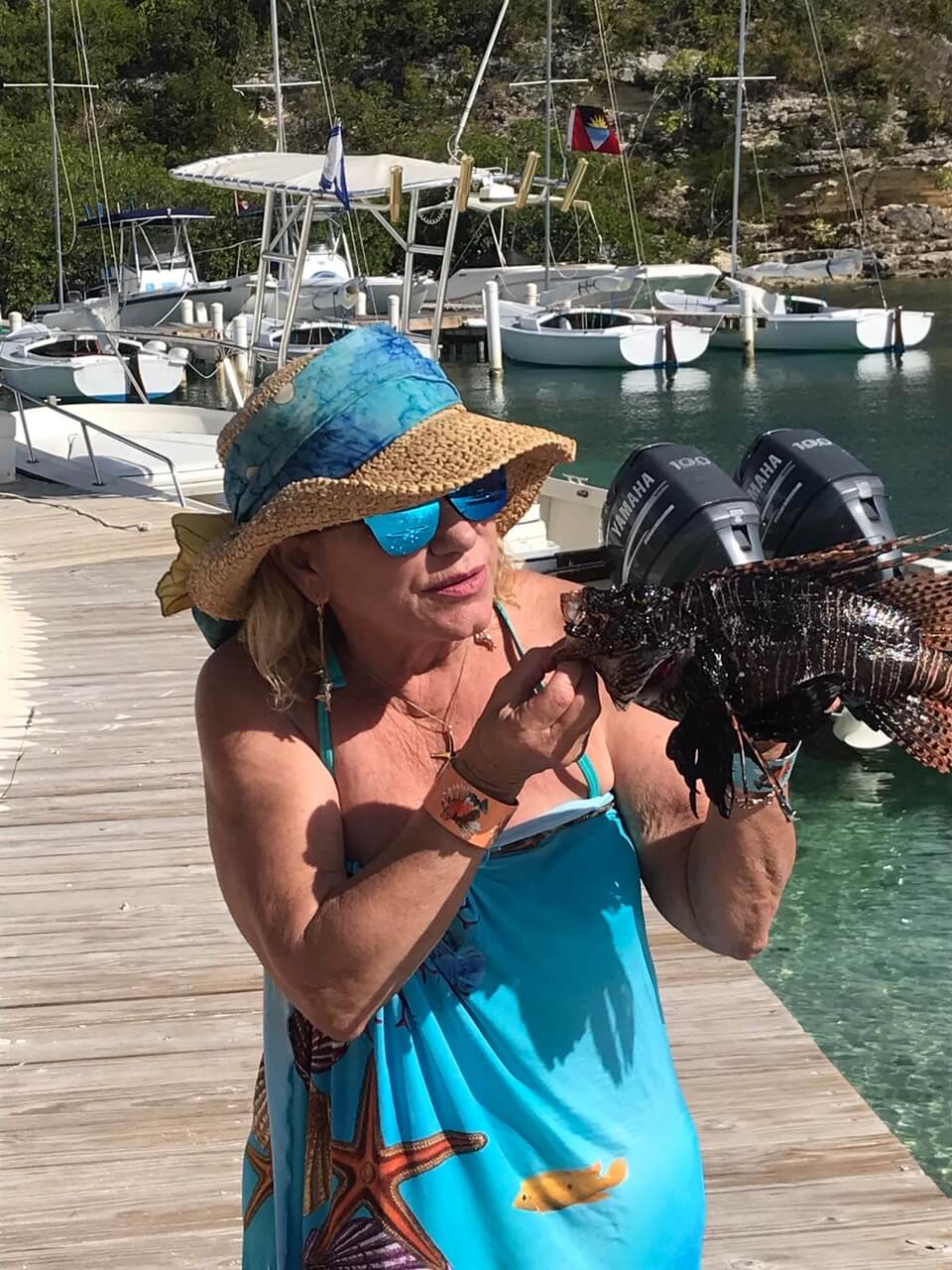